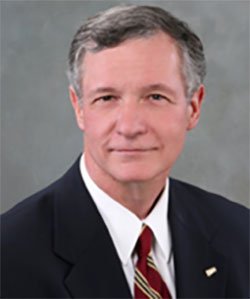 Ric Wagner joined the Board of Directors in the fall of 2013. An initial introduction to Associates in Christian Counseling (ACC) came by way of an existing Board Member. It does not take much time to realize the valuable impact ACC has on its clients. ACC provides help, hope, and care to those who are hurting.

I was born at Baptist Hospital in Winston-Salem, North Carolina on September 6, 1951. I grew up in Lewisville 8 miles to the west of Winston-Salem. We moved there while I was in the first grade. That was in 1957 and was a time when Lewisville was definitely considered to be “out in the country”.

In 1963 I became a Christian. My parents and grandparents were all a significant influence on my spiritual life. They gave me living examples of what it means to trust in and have faith in God. My father showed me how a man should love and respect his wife and care for his family. He taught me that hard work and putting forth a solid effort are required to succeed, always seeking God’s guidance throughout the process.

My formal education began at Lewisville Elementary School, then on to Southwest Jr. High and West Forsyth Sr. High, all of which are in Forsyth County, North Carolina. I attended Guilford College in Greensboro, North Carolina earning a B.A. degree in Philosophy. The last of my formal education was completed at Wake Forest University in Winston-Salem receiving a Master’s of Business Administration degree with a focus on finance and marketing.

I am blessed to have had wonderful parents, a wife, and two sons. The oldest son is 38 and the youngest is 31 years old. Both sons are married with no children. My wife of 32 years went to be with the Lord on August 20, 2012. In God’s infinite Grace and Mercy in 2015 He reintroduced a wonderful woman in my life that I have known for over 40 years. We were married September 19, 2015 and have been happily married ever since.

My career spans over 50 years with a diverse collection of jobs. These opportunities range from commercial photography, building / hardware sales management, computer programming and other Information Technology related employment. The majority of my working career was spent in financial services at Piedmont Federal Savings Bank in Winston-Salem, North Carolina. I retired in May 2019 after almost 32 years of service. The last positions held by me at Piedmont Federal Savings Bank were Chairman of the Board of Directors and Chief Executive Officer. I have been truly Blessed by God my entire life even in times of loss, hurt, and pain. God is my Rock and Salvation through it all.

Back To Staff
Go to Top